Posted on October 3, 2014 by itooktheredpill

Give the majority of the credit and/or blame for the economy to the party which holds majority control (2+ out of 3) of the House, Senate, and Presidency.

Then the Democrats took control of both houses of Congress, passed a bill to raise the minimum wage 3 times in 3 years, and now the Employment-Population Ratio has been below 62% for 73 consecutive months (OVER SIX STRAIGHT YEARS) September 2008 – September 2014!

If we had the same 63.4% level of employment now that we had during December 2006 (the last month of a Republican House, Republican Senate, and President Bush), then nearly 11 Million more Americans would be employed right now!

Here’s a comparison of what happened to the Labor Force Participation Rate under Ronald Reagan vs. under Barack Obama:

On March 6, 2014, the Democrats asked their “Factivists” to retweet the following message:

The economy is bouncing back under President Obama http://bit.ly/MQPM2b #Factivist 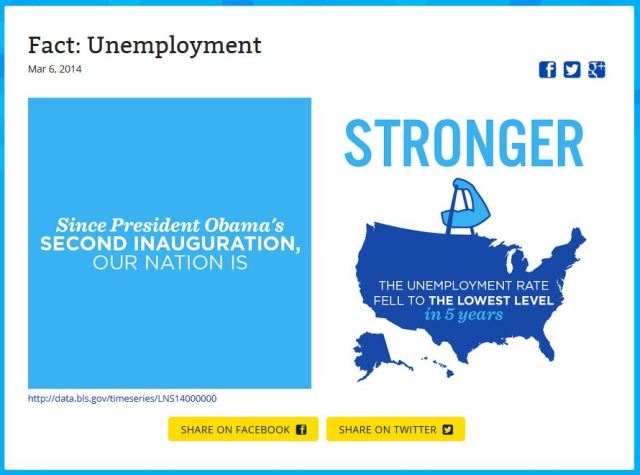 I find the timing of the Democrats’ posting VERY interesting, because while that claim (“The Unemployment Rate Fell to to the Lowest Level in 5 Years”) was technically true yesterday, the administration already knew that the reported unemployment number would be going UP today, to 6.7%.

The fact is that under Barack H. Obama and Democrat majorities, the Employment-Population Ratio has now been below 59.0% for over 4.5 years. Employment now is NOT stronger than it was 5 years ago, and to suggest that it is, is a LIE.

The fact is that reported unemployment has decreased largely because of an unprecedented decrease in the Labor Force Participation Rate (LFPR)… Millions of people who were unemployed have not become employed, but rather they have completely given up HOPE of finding a job and have dropped out of the workforce. That is why the Employment-Population Ratio is a much better reflection of the employment picture. 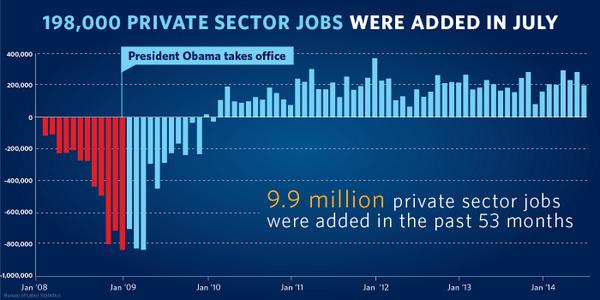 So let’s look at that graph in perspective and on a larger time scale: