Posted on September 5, 2015 by itooktheredpill

If you think job growth
≈ great employment
then you’ve been bamboozled by Barack Obama!

Employment-Population Ratio:
the WORST under Bush was better than the BEST under Obama!

Unemployment rate doesn’t count “not in labor force”,
which hit an ALL TIME HIGH of > 94 MILLION!
http://www.bls.gov/web/empsit/cpseea01.htm

What the @AP won’t tell you: 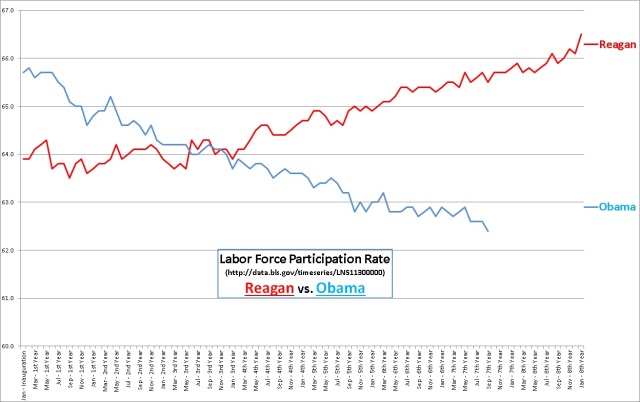 @BarackObama’s average employment % is worse than his last 5 predecessors, including Carter!

Compare the results of 20 Years of @GOP vs. @TheDemocrats Majorities

In the last 11 years,
**ALL** job loss months came underSpeaker @NancyPelosi & Maj. Leader @SenatorReid, and while Barack Obama, Joe Biden, Hillary Clinton, John Kerry, and the rest of their Democrat peers were all part of the Majority Party!

Dems can honestly blame Bush for not vetoing
this @NancyPelosi/@SenatorReid Continuing Resolution:
http://thomas.loc.gov/cgi-bin/bdquery/z?d110:HR02638:@@@R

It is HIGHLY dishonest to blame Bush for FY 2009 deficit, and use that as baseline for “deficit reduction” claims.